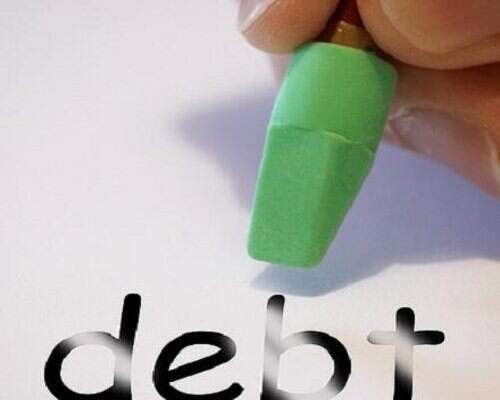 Try to lower your interest rate. Negotiate with your bank. One other way is to convert your credit card debt into a personal loan debt. It will definitely be lesser than the credit card interest rate. Calculate your net worth and see if any of your investments could help you prepay a part of your loans.

Akash was an IT employee who was well settled in his career. With a take home that more than met his needs, Akash decided to invest in his future. Let us see how he managed his finances. He applied for a car loan and a home loan. The car was worth Rs.10 L, a bit of an indulgence but then he had always wanted to own the brand. He then invested in a premium  upmarket 5-bedroom apartment. His spouse Sheela tried suggesting that they should not be so extravagant but to no avail.

She had recently given up her job to take a break and spend more time with her one year old child. With no bulk savings for the immediate future she was worried about the manner in which Akash was spending the sole income they had. To top it off he invested all the money that remained from spending on the EMIs and  his monthly expenses, in stocks. This was the year 2007. They were managing fine till Akash’s stocks started tumbling in 2008. Instead of choosing another avenue, Akash started buying more stocks as they were cheaper during this period. The real shocker came when Akash was laid off when the global recession hit and his company had to cut back on resources to counter the effects.

How did Akash cope? How did he manage to pay his EMIs?

Akash did one smart thing though. He decided to approach a debt counseling centre for his financial hassles. They showed him the right way to manage his finances. They also mediated between him and his bank.

Luckily for him Sheela had an ancestral home back in her home town, which was bequeathed to her. She also had some fixed deposits and some gold that she had invested her savings in when she had an income. Based on the debt counselors’ advice, she obtained a loan against her property. She then helped Akash pay  a portion of the money towards his home loan and another portion towards his car loan as part prepayment. He also obtained written consent from the bank that he would resume repaying his loan once he got a job. In such situations banks do oblige you if you manage to repay most of the money or part of the money if not all as it was a better deal than no money at all.

Sheela whose industry was not so badly hit by the recession went back to  her old job while Akash took a break and got to spend more time with his son. Fortunately for him, his peace of mind was restored thanks to Sheela’s timely aid and the debt counselors’ help.

Six months later he managed to land a good job with a reasonably good pay, though about 20% lesser than his previous pay. He resumed his EMI payments and as banks were slashing interest rates he again negotiated with his bank for a lower interest rate. As it timed with the pressure from RBI on banks for lowering interest rates for existing borrowers also, he managed to come to an understanding with his bank. Agreed, not all can get as lucky as Akash. It was a pretty close brush with fate for him and he could have fallen in a abyss of debt! Yes…he got very very lucky indeed.

However, Akash learnt a valuable lesson for life. He started following simple but smart methods to avert a future disaster.

a. He put aside three months of his pay into a separate account meant to serve as an emergency fund. He planned to put aside 3 more months of pay into that account.

b. He ensured that his current EMI did not exceed 40% of his current income. He manage prepay his home loan at regular intervals to bring this under control.

c. He with the help of Sheela managed to keep his monthly expenses including his loans within 60% of his income and put aside the rest as savings and investment

d. When he invested now he took care to diversify his portfolio and not stick to equities alone to survive a future stock market crash.

Here are some suggestions if you are stuck in debt and do not know how to cope.

– Calculate your net worth and see if any of your investments could help you prepay a part of your loans.

– Make a contingency plan for the immediate future. Talk to your bank along with your debt counselors and explain your situation and see if you can resume your loan at a later date but do make an effort to prepay some amount.

– If it is a double income household try and see if your spouse can support you in the event of a job loss in the short term before you land a job, in case you are suffering from a lay off.

– Manage your current finances judiciously to battle through the current situation and emerge wiser.