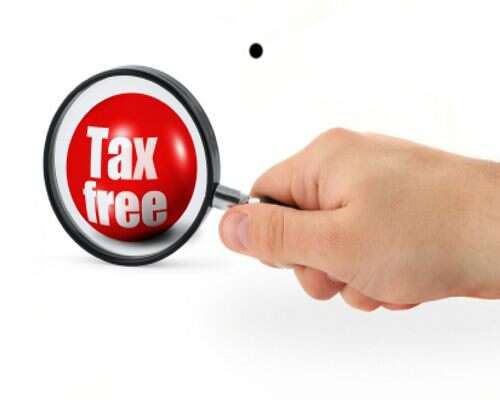 Any monies that you receive from your company for the purpose of travel to any place in India along with your family for the purpose of leave. The claim can be made two times in a bucket of 4 years. Family includes Wife and children and also parents, brothers or sisters if they are dependent on you. The only check being that you have to maintain original bills to prove travel if the IT department asks for it.

Although the tax man has been vested with the task of collecting taxes on the incomes of the citizens, he has deemed certain kinds of incomes as “not included in total income”. Thus if any earning that you receive which falls under these incomes you don’t have to treat it as income or pay tax on it! Let’s take a look at the different incomes that are not incomes!

Agricultural Income: Any income which you receive as income from any agricultural activity is deemed as not included in total income. If your father is into agriculture and he gives you a part of the income as a gift, then you don’t need to pay tax on it, provided, your father files his tax returns.

Income for being partner in a firm: If you receive any income for being a partner of a firm which has already been assessed separately then the income need not be included in total income. Thus any share in the profits that you have in a firm according to the partnership deed is not taxable.

5000 Rupees: An amount of Upto Rs. 5000 which you receive for any reason other than as prize money and are not a recurring amount can be excluded from your total income. It seems to be a very small amount but sometimes this could be the difference between being in a higher slab or a lower slab.

Travel concession/assistance: Any monies that you receive from your company for the purpose of travel to any place in India along with your family for the purpose of leave. The claim can be made two times in a bucket of 4 years. Family includes Wife and children and also parents, brothers or sisters if they are dependent on you. The only check being that you have to maintain original bills to prove travel if the IT department asks for it.

Retrenchment: Any compensation received by a workman due to the closure of his company or change in the management of the company if new terms are less favorable than what was previously applicable.

Life Insurance Policy: Any amount received as benefit from a life insurance policy including bonus payment is not included in total income. The only exception is the amounts paid as part of Key-man policies.

Provident Fund: All payment which is received from a provident fund to which the PF act applies or any PF fund of the Government is not included in total income.

Superannuation: Any payment made from a superannuation fund on the death of the beneficiary or as a refund of contributions or if the employee becomes incapacitated before retirement.

Payment of Rent: any allowance paid by an employer to an employee to meet expenditure actually incurred on the payment of rent for accommodation. But this is not allowed if the house is owned by the employee or he has not incurred the rental.

In case of non-residents if the bond have come to us by virtue of being a nominee or survivor on the non-resident or if they have been gifted to us by a non-resident Indian who have purchased the instrument in foreign exchange and the principal and interest will not be taken out of India by the recipient of the gift, the amounts will not be added to income.

Scholarships for Education are not included in total Income.

Awards and Rewards: All payments receive in cash or kind as an award given by the Central or State Government or by a body recognized by the central government to give such awards will not be included in the total income.

Relief funds: Any amounts which are received by an individual as part of the Prime minister’s national relief fund or the promotion of folk art fund or students fund or foundation for communal harmony will be treated as not included in income.

Thus we see that although the tax man is mostly portrayed as a villain in many media, he has been liberal enough to give us the benefit of income tax free income from so many sources.

The above learnings can be applied to our personal lives in two ways. 1. Try to increase the income if any coming under any of the above heads. 2. Invest in any of the tax free avenues given above so that we may get the benefit of the investment as well as tax free income when it comes to our hands later on.

4 thoughts on “A look at incomes that are not taxed!”