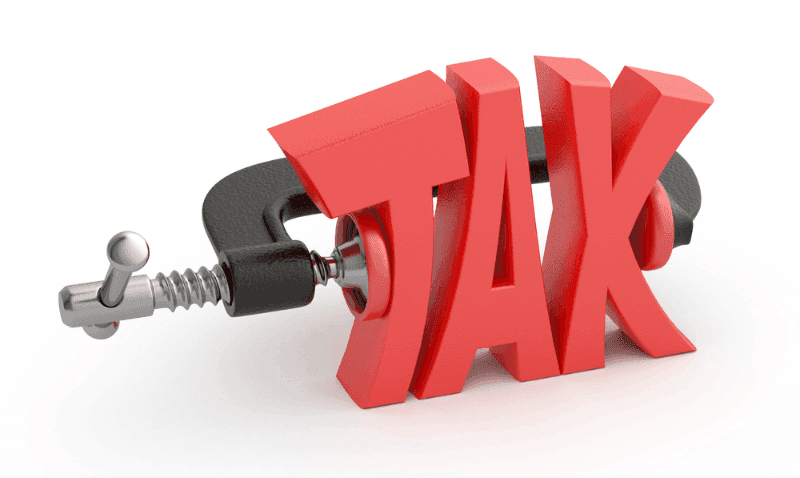 Of late, consumers and enterprises in India have been feeling a lot like Aussie bowler Mitchell Johnson in the recent AUS-NZ World Cup face off. If Johnson was left battered after having ducked blow after bludgeoning blow from Kiwi batsman McCullum’s willow, Indian taxpayers find themselves doing some ducking of their own.

For, they end up paying multiple taxes levied by the Central and State Governments. Be it the Service Tax, Luxury Tax, VAT, Central Sales Tax, State Sales Tax – they may come in different forms but represent only one thing to the individual taxpayer. Battering.

Finally, Indian taxpayers have reason to cheer. The proposed Goods and Service Tax (GST), which is envisioned as the ‘biggest tax reform’ in the country, is proposed to be introduced from the next fiscal beginning by the Modi government.

A long pending tax reform, the GST is a single value-added indirect taxation on various products, replacing all indirect multiple taxes. It is planned to be implemented concomitantly by the Central and State Governments in the form of Central GST and State GST, respectively.

Formally announced in 2006, the concept of GST is yet to be a reality as there had been several differences of opinion on this issue between various states and the Central Government in the past. As Finance Minister Arun Jaitley announced while unveiling the Union Budget for 2015-16, the GST will be implemented with effect from 1st April 2016. Though the exact rate of tax levied under GST will be spelt out in due course, the proposed rate under it is 11-12% or more.

Due to its federal structure, India had followed a dual-GST model in the past. However, this state-of-the-art indirect tax system is being touted as the country’s best bet to achieve a state of fiscal consolidation by broadening the tax base. As tax system gets simpler, it will spur economic growth. Experts opine that, with this mode in place, the Centre and states can raise the indirect tax rate to 12%, thereby spurring economic growth.

The Union Budget for 2015-16 has increased the rate of service tax to 14 per cent. Though this may pinch you as a consumer, it is a precursor to the combined GST that will come into force from next fiscal year onwards.

The Government is taking into account the experience of over 100 countries where the GST has been implemented successfully. They are also busy ironing out the differences and misgivings that some states have over a uniform tax regime. It is due to such strong opposition that the implementation of GST had missed several earlier deadlines. So, the Government at the moment is bracing itself for smooth execution of GST across the country, under which goods and services will be taxed on a common basis.

With the GST in place, multiple taxes on products and services will be done away with and a single tax structure will be installed, leading to simplification of procedures. Significantly, it will have a standard rate for goods and services, in sync with international rates. It will lighten the existing tedious paperwork and accounting complexities that businesses have to confront in their day-to-day operations.

For consumers: Experts say that the implementation of GST will help lower the burden on consumers as the central and the state taxes will be merged into one at the point of sale. This will avoid cascading of taxes. But, as the final rates have still not been announced, the jury is out on whether this spells respite or more battering.

For businesses: Certain sectors like real estate are hopeful of a better innings ahead, as their costs will come down through claiming of credits and set-offs for tax on goods and services. A similar commentary seems to be in store for retailers. With a robust IT infrastructure to manage this, the refund mechanism for the taxes paid is also expected to swing towards efficiency.

The manufacturing sector in particular seems set to get decent bounce from the tax pitch. As and when GST leads to reduction in the tax paid by the end consumer, the consumption levels will rise on the back of lower MRPs, expanding the sales and marketing universe for companies.

As a natural corollary, the competitiveness of Indian goods and services will increase in the international markets. All this will only spell “scorching pace” for Indian exports. As per estimates, the GDP of the country will rise by 1-2 per cent, after the rollout of GST.

For States: The GST will revolutionise the “fiscal architecture” of the country through fundamental changes to the taxing power of the states, local governments and the Centre. It is also in sync with recommendation of the Finance Commission for devolution of power to the states, so that they can secure a higher share in central taxes.

The Government believes that by boosting tax revenues, it will be much more empowered to put in place an appropriate social security system to insulate India’s teeming millions against economic deprivation. Overall, the GST will also ease the inflationary burden for the average Indian. All this promises to even the pitch for burdened taxpayers, but whether their battered days are over or not hinges upon the smooth, uniform implementation of GST.