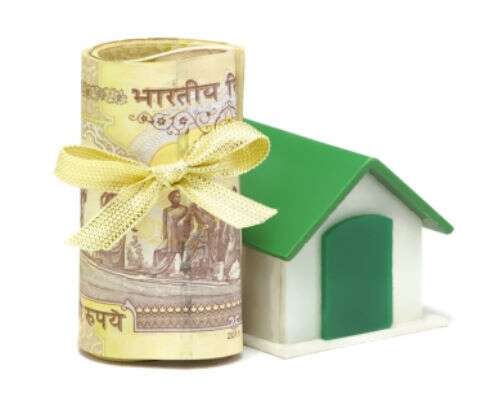 Amit was quite apprehensive as he was planning to come back to India, after living in London for nearly ten years. While the decision of coming back to his roots was something exciting, he was worried about settling down after buying a new home in India.

As a first step, Amit decided try out options for getting a home loan to buy his dream villa in Kochi, his hometown. With Indian banks renowned for their sluggish pace, coupled with the difficulties of remote communication, he was unsure about taking this forward.

So, imagine his surprise when the Indian banking sector, especially the loan segment, presented an entirely different face to him as he went about scouting for loans. Not had their outlook changed, but also they were doing things differently. Here is what Amit experienced.

A decade back, taking a loan was a tiring, if not daunting, task. With private sector banks having only started their expansion plans, residents of smaller cities had to depend upon public sector banks, which were notorious for their glacial pace. There were many cumbersome steps involved before the loan was finally sanctioned. To boot, the process sometimes used to take around a month to dither to a close.

Moreover, bank managers scrutinized every application with skeptical eyes. But today, Relationship Managers are actively promoting and cross-selling loans to customers based on their banking transactions. Competition between banks has pampered customers with good service, fast approval and competitive products.

Amit recalls how his older cousin had to visit the branch and wait in front of the manager’s cabin to discuss about a loan. The manager, after taking the papers, would ask him to come later. Thus, his cousin had had to make at least 2-3 personal visits to the branch to know his loan eligibility.

With the advancement of technology, now Amit was able to check his loan eligibility online instantly, know the EMIs using loan calculator tools and apply for a loan from the bank of his choice online, before coming to India.

The interest rates offered by banks were more or less proprietary years back. A significant change that has changed the face of the Indian banking and loan sector is the adaptation of the Base Rate System.

Conversely, banks were struggling due to the absence of a clear database to know the creditworthiness of borrowers. With no credible background check system in place, banks used to have many NPA (Non-Performing Asset) accounts as many people defaulted deliberately on their loans.

Things changed with the introduction and implementation of credit bureaus in 2010, offering an extensive database of consumers and their credit history. Credit Score Report today is one of the most significant parameters to check the credit worthiness of any loan applicant. It helps banks avoid lending high risk loans to likely defaulters while giving the common man a chance to keep their credit history clean to be eligible for loans in the future.

The Indian retail loan market has gone from strength to strength in the last decade. According to a recent CRISIL report, the loan growth is expected to remain buoyant at 17 per cent CAGR over the next five years. Increasing demand from non-metro cities and aspiring highly paid youngsters are driving the increasing numbers for retail home loans for both banks and housing finance companies.

Gross NPAs for retail home loans are also far lower on an average compared to overall Gross NPAs. While GNPA for retail home loan is less than 2%, the overall GNPA ranges around 3.5%. It is no surprise then that the loan performance of various banks showed vast improvement compared to earlier years. For example HDFC Bank, a popular private sector bank, gave out loans worth 46,944.74 crores in 2007 which escalated to reach Rs. 160,831.41 in 2011, while Axis Bank grew from Rs 36,876.46 crores to 142,407.83 crores during the same period.

The Indian banking sector was always considered a sleeping giant. The introduction and widening horizon of private and foreign banks have changed the way banks functioned in the country with a much more professional outlook and improved banking practices.

Much to the delight of Amit.

YOU MAY ALSO WANT TO: See how much that EMI will cost you if you’re planning to buy a house just like Amit – Home Loan EMI Calculator