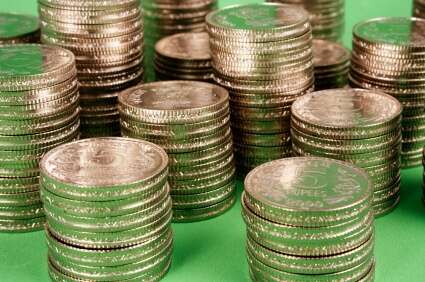 Swati, a journalist, had invited her gang of girls for a lazy Sunday lunch. Post lunch, their chit chatting turned serious when Swati shared an incident of counterfeit currency from her bank ATM.  Swati’s friend from Australia suggested that India should move toward digital currency instead of the paper money. This got them to think about the history of currency.

Here is a look at the way currency has evolved from the ancient days of barter system and coinage.

From barter to banknotes:

We have all learned about how the primitive societies found a way to exchange goods and materials to facilitate trade through barter system.

As civilizations evolved, they found the need to have a standard exchange system. This later gave birth to primitive shells, like the ones known as cowries in Africa and wampum in America. The shells were later replaced by coins of metals like gold, copper and silver. The city of Ephesus in modern day Turkey has the distinction of having the first mint to make coins for currency as early as 650 BC.

Many civilizations, from Greeks to Romans and Indians to ancient Chinese, all used coins for currency transactions and trade movement.  Greek and Roman civilizations developed a full-fledged banking system, as they became the hubs for global trade.

The coinage system was much later joined by the paper note system introduced by the Chinese civilizations between 10th to 15th centuries. Paper currency made its first appearance in Europe much later in the 17th century, after which the system was made widespread with the rise of European powers.

Tracing the history of currency in India:

Historians believe that Indian civilizations had introduced coins as their preferred source of currency, between 2500 and 1750 BC. Till the 7th century BC, gold, silver and copper coins were used by various kingdoms. The more flourished the kingdom, better the metal for the coin used.

Various kings used the currency coins to show how prosperous their kingdom was, as compared to their peers. Emblems of kings and queens, social events and religious deities were commonly embossed on to these coins.

The birth of the Indian Rupee:

The Indian Rupee (Rupiya) was born in 1541, with the consolidation of silver coins by the Afghan King, Sher Shah Suri, who ruled India.

Until 19th century, Indian currency was largely coin based. It was the British, who introduced paper currency in India. The management and printing of paper notes was entrusted to various Mint Masters and Accountant Generals. The British wanted to introduce the British Pound and Sterling in India, but the use of the Rupee was so widespread that they decided to continue with it. Instead, they introduced paper currency with the portrait of King George V in 1923, and the currency denominations were printed in Re.1, Rs. 5, 10, 50,100, 1000 and Rs. 10,000.

The birth of RBI:

The British inaugurated the Reserve Bank of India in 1935 with its Central Office in Calcutta, as the controlling body for all Indian currency. The George VI series notes were printed till 1947, after which post-independence notes were issued by the RBI, replacing King George with the father of the nation- Mahatma Gandhi.

Today there are four major mints that produce legal banknotes and coins in India. The mints are based in Mumbai, Kolkata, Hyderabad and Noida. The Indian currency today uses a series of technological advancements to make notes that are difficult to replicate. Made from balsam wood pulp, Indian notes use a unique watermarking technology to produce the image of Mahatma Gandhi. The notes also have a silver watermark hologram which makes it very difficult to replicate.

The modern day Indian Rupee is one of the well known currencies in the world. In 2009, the government invited a currency symbol contest for graphic designers and allocated a graphic symbol to the Indian Rupee. The RBI is also said to conduct research into replacing currency notes made with natural fibers or plastic likes, as used in few other countries. This is to avoid wastage and making it difficult to replicate.

Each currency note and coin we carry in our wallet has a history to tell, the tale about of its modern day avatar. We may not think about it when we transact with them.