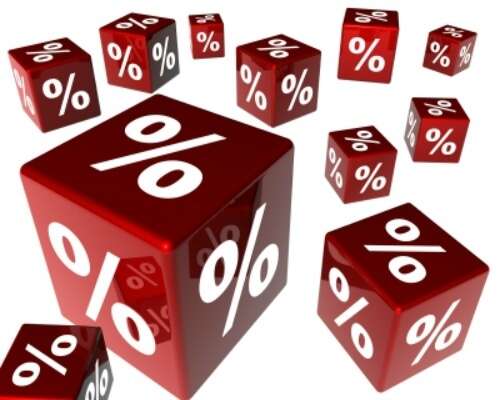 It was a typical Sunday afternoon. It took some time for Nidhi to soak in the ambience of the lounge bar that she was visiting after months. She was still furious at the cab driver, who had taken a circuitous route to the place so that he could charge her more.

Her friend Renu, who arrived 15 minutes late, quickly gauged her mood. Even as Nidhi had started to curse the driver, Renu inquired about her plans to buy a new car.

“We have finalised the model, now Neelabh and I are waiting for the banks to reduce interest rates on car loans,” said Nidhi.

“Hmm… you guys are certain the rates would come down?” inquired Renu, as her husband was planning to buy a house.

“The Reserve Bank of India has cut the rates twice since the beginning of the year, and recently the RBI governor chided the banks for not passing on the benefits to customers.”

The waiter had by then arrived at the table to take their order. Both Renu and Nidhi ordered shots of vodkas, salted peanuts and green celery salad. With a slight nod, the waiter pirouetted and ambled away.

Nidhi leaned back, her eyes roving over the black and red interiors. The faded ambience and lazy afternoon binge was a far cry from her go-go-go routine as HR executive at a private bank. “Well, Raghuram Rajan… you know? The RBI chief? …he has said that unless the banks start cutting lending rates, the RBI would not further its own repo rates. In fact, some banks have already made the announcements to cut loan rates.”

“Oh! Yes, I did read about that in the newspaper. But, I don’t remember which banks have cut the rates actually,” said Renu, a programmer in an IT company.

“All the big boys have cut their base rates.” A smug smile spread across Nidhi’s lips. “And, before you ask me what base rate is, here’s my short and sweet reply–base rate is kind of a floor rate below which banks can’t lend money.”

What Nidhi left unsaid was that loan rates are benchmarked to base rates. For example, if SBI has a base rate of 10% and it is charging a spread of 0.15 percentage points over and above the base rate on home loans, then its home loan would be pegged at 10.15%.

Renu’s brows narrowed as she gave an indulgent grin. “A-ha, Ms. Know-It-All! Name all the banks that have already announced the cut in their base rates. Quickly, now!”

Renu frowned. “How much of a difference would these cuts make to our overall loan cost? Will it at all make a substantial difference? Should I wait for little longer to book our house?”

Nidhi nodded with a smile as if she was expecting the question. “Well, I was asking the same question to the guys at our bank. They told me that for a car loan of Rs. 5 lakh for 5 years at 10%, I would save around Rs. 60 every month if the rate is brought down to 9.75%. That’s around Rs 3,600 that I would save on my car loan over the 5 years. For home loan, that could be much more because the amount of loan is very high and so is the tenure,” she said, promising Renu to get back with the exact calculation on home loan.

Nidhi continued to explain that for a home loan of Rs. 50 lakh for 20 years, drop in rate from 10% to 9.75% meant a reduction of Rs. 825 every month in EMI and savings of Rs 1.98 lakhs in total interest outgo over the tenure of the loan if the rate remains same at 9.75%. These savings would be around Rs. 6 lakhs if the EMI remained unchanged and the loan tenure were reduced by 12 months.

Renu shook her head. The information overload was getting to her even before the vodka could, though some of the numbers were making sense. In the meantime, the vodka shots had arrived. The two friends raised a toast, in no small measure to banks finally bringing down lending rates, and began enjoying the slow rhythmic music and soft lights of the bar even as their conversation drifted to more ‘meaningful’ topics—appraisal, office gossips and marriage.